Every Saturday, from this July, residents from Boston, New Hampshire, and the North Shore will be able to tune in to an FM radio broadcast that will be focusing on bitcoin and cryptocurrency solutions. The Massachusetts-headquartered organization New England Blockchain LLC(NEB) will be launching its first show “Cryptomania – Bitcoin & Beyond.”

The NEB founder, Dana McIntyre is the creator of the show. Dana will be hosting the show with his sidekick Jameson Rust. According to the two, the broadcast will feature a “simple and humorist explanation of Bitcoin and blockchain technology.” The purpose of the show is to educate the public and show them how cryptocurrencies function and detail how easy it is for anyone to purchase a small fraction of bitcoin.

McIntyre said this week that: “Hosting the first weekly FM radio show on Cryptos in America is a real honor for us and highlights our commitment to bring relevant, cutting-edge content to our listening audience and the mainstream public.”

Every Saturday at 9:30 Eastern Standard, the show will be airing and can be listened to in other areas of the world just by tuning into Northshore1049.com. Since the FM radio signal 104.9 reaches areas in southern New Hampshire and North Boston and Merrimack Valley regions of Massachusetts, the show will have a large audience. The reason being that these regions account for a population of over 2 million residents.

Over the past months, other mainstream broadcasts have been announced in Boston. News.Bitcoin.com has for instance reported on the Youtuber Jason Appleton who is planning to launch his Crypto Crow Show on “CBS, the CW, and Roku to over 47 million homes.” The post-cable network Cheddar has also announced last March that it would be broadcasting a thirty-minute show about cryptocurrencies. The show will be called Crypto craze.

Cryptomania will not be the first weekly FM cryptocurrency radio show in the US, as The Austin based Crypto Show has been on the air on 89.1 FM for years now. 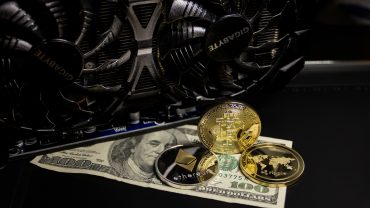